Imagining the World to Come: An Introduction 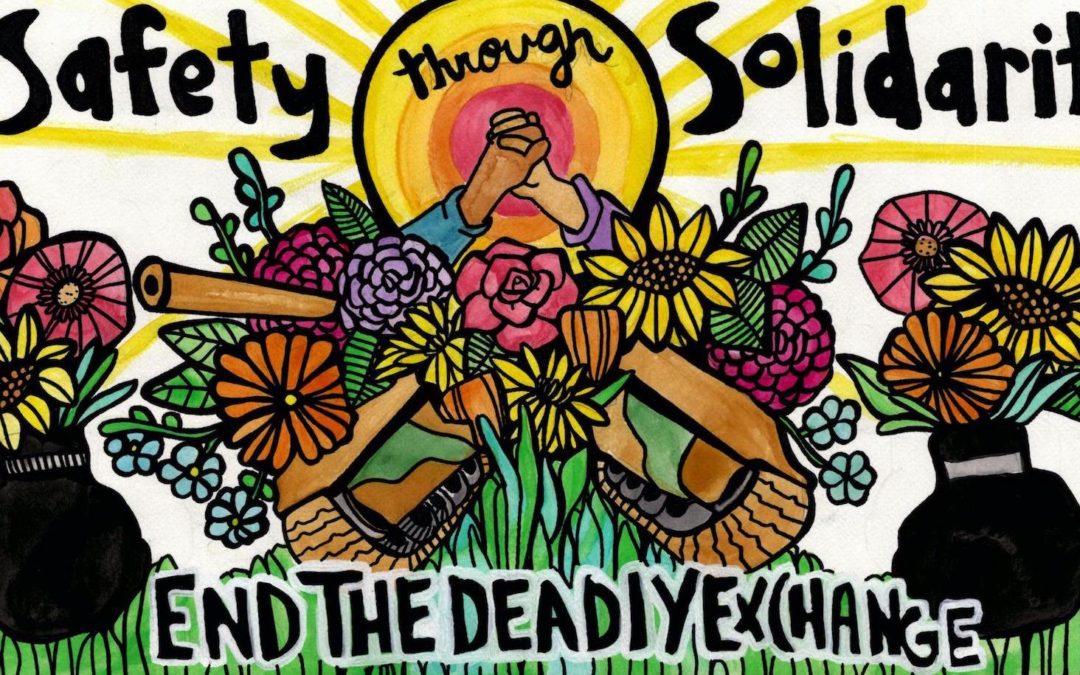 As a young Jewish person, I often wondered what the Jewish version of heaven or hell was. The answer – that, generally speaking, Jews care more about this world than the next – was unsatisfying to me then. I probably wanted something that could compete with the cinematic duality of the Christian heaven and hell.

As I’ve grown older, I’ve come to deeply appreciate this aspect of Jewish thinking. It is our behavior now that matters, and not because we will be rewarded later, but because this world is what we have access to.

I wanted to put this webmagazine together out of a similar spirit of thinking about the world we currently inhabit, that all we have is the here and now. My experiences in the Jewish community – the Jewish school I attended as a young person and the institutions I visit as an adult – have always been connected to fear, implicitly and explicitly. From the metal detectors and private security that guards the doors of some synagogues, Jewish community centers, and Jewish museums, to the stories I heard around the dinner table, I was taught that Jewish people needed to be vigilant, that our inheritance was one of ongoing persecution.

There’s no denying where this fear comes from. Many American Jewish families have immediate ancestors who perished in the Holocaust; there have always been, and continues to be, white supremacists who target Jewish people. The desire to keep the Judaism alive and vibrant through the next generation is deeply tied to the human need for safety, security, and belonging.

It wasn’t until I was much older that I saw this narrative of persecution as something that wasn’t just about a fear of white supremacy or of the next Holocaust, but also as a very US American fear of the other. As I joined feminist and queer communities as a young adult, I reflected back on what it meant to grow up in 1990s Los Angeles in a Jewish community that identified more with the police than with Rodney King, and wondered who exactly we thought we needed so much protection from. And for that matter, who was included in the “we”? Why was it that Jewishness was always assumed to be in alignment with whiteness?

In those feminist and queer communities I saw a different approach to the police, a result of decades of organizing by Black feminists, who had long argued that police exacerbated rather than helped violent situations. I was part of earnest conversations about how to handle sexual assault, and anti-queer violence, as a community, without resorting to calling the police. Calling the police put people of color at risk of their very lives, and we wanted to think about community safety differently. These were difficult and often very frustrating conversations, but were done in the spirit of making the world we want in the here and now.

At JVP, we work hard to imagine a different future for Palestinians and Israelis, one without walls, checkpoints, home demolitions, and child detention. One where everyone has freedom of movement, access to clean water, the right to live and worship as they please. I wanted to bring this conversation to the Jewish community – how could we take stock of our reliance on police and private security here, in the United States? What would have to be different about our communities for us to imagine a safe future without the police? How can we hold onto the positive desires for safety and continuity while letting go of our fear, or assuming that our safety is premised on the oppression of others? These essays, poems, and art pieces, from our Rabbinical, Artist, and Academic Councils, are the beginnings of a response to that question.