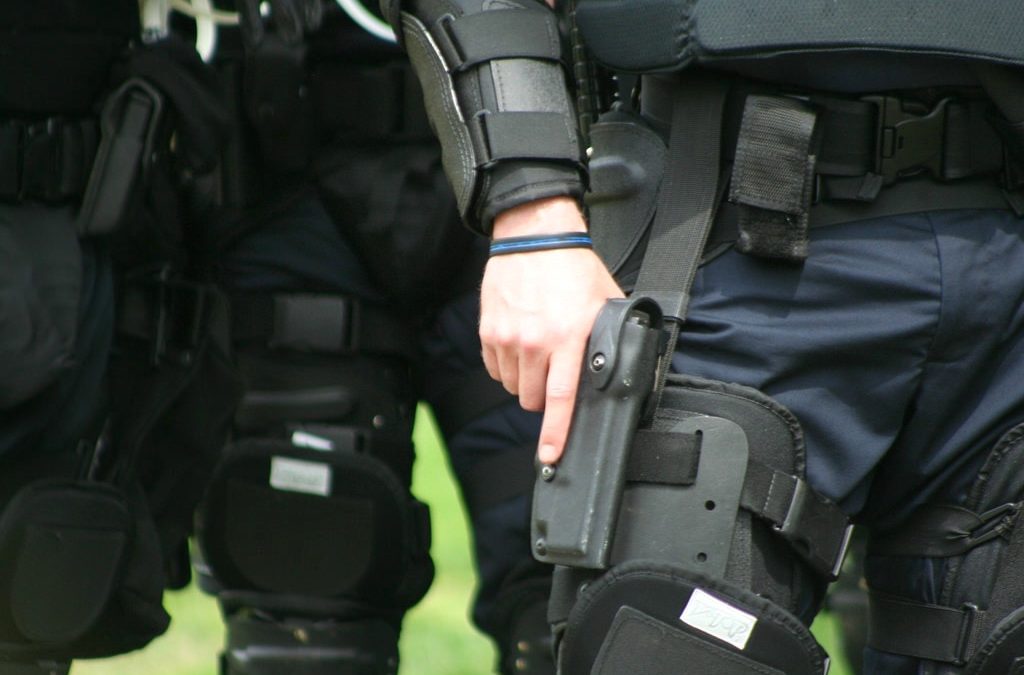 By Lara Haft in The Forward

Growing up, I remember regularly seeing cops at the door of my synagogue and patrolling in their police cars outside. My family and older members of the synagogue explained that our congregation hired the police to patrol during events due to past cases of anti-Semitism at other synagogues, like bomb threats and vandalism.

“The police are there to protect us,” they explained. “We hire these cops to keep the Jewish community safe.”

Just this week, an omnibus spending package included a whopping $60 million in security funding for schools and synagogues, thanks to efforts by the Orthodox Union: 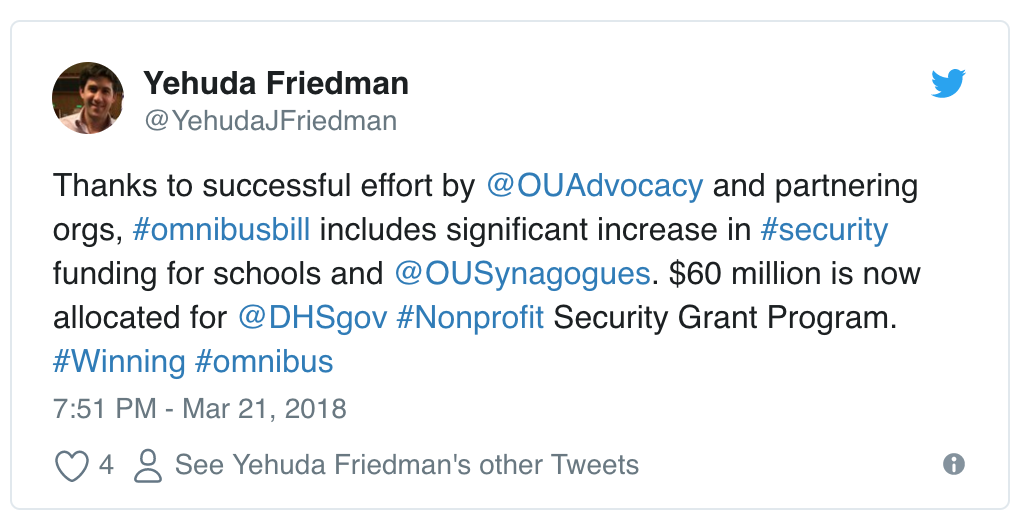 And yet, I think this approach is flawed.

In the past year, President Donald Trump has made it clear that his administration intends to use the police and prison system as key tools for enforcing racist policies, like the Muslim ban and the repeal of DACA. The Trump administration has emboldened local law enforcement to detain thousands of immigrants in for-profit prisons, to surveil mosques and Muslim communities, and to use technologyfrom the military in local communities.

Standing up to attacks on immigrants, Jews, Muslims, and Black people in our communities require us to stand firmly against police and prisons, including in our places of worship. Keeping vulnerable communities safe requires solidarity, not surveillance, racial profiling, or policing.

Black and indigenous folks and people of color (BIPOC) have been resisting racist policing for generations. In the 1960’s, the Black Panther Party fought racist policing with Cop Watch and their school lunch program. Today, groups like BYP100, Red Nation, Black and Pink, and Stop LAPD Spying are linking the struggles of BIPOC, sex workers, sexual assault survivors, queer and trans people, and immigrants against the police.

The Jewish community must be part of this fight.