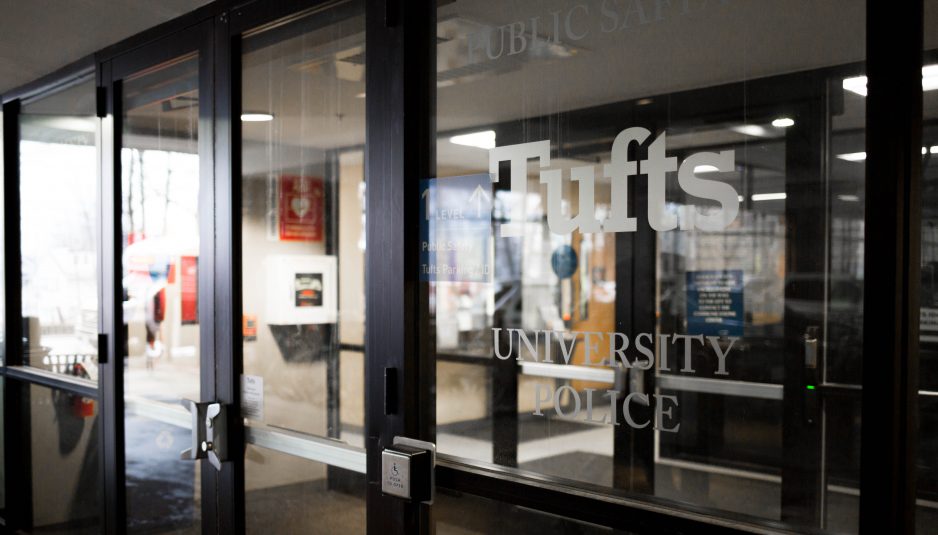 Written by Liam Knox for The Tufts Daily

On Dec. 3, Director of Public and Environmental Safety Kevin Maguire, who oversees the Tufts University Police Department (TUPD) as well as the Department of Public and Environmental Safety (DPES), traveled to Israel for a nine-day National Counter-Terrorism Seminar (NCTS) along with a delegation of Massachusetts police officials, including: Somerville Police Chief David Fallon; officials from Boston University (BU); officials from the Plymouth County Sheriff’s office; Secret Service agents and Drug Enforcement Administration agents; and police chiefs from a number of cities, among them Worcester, Foxborough and Watertown, according to Maguire.

The trip was funded by the Anti-Defamation League (ADL), a non-governmental organization which, according to its website, is “dedicated to fighting anti-Semitism and hate crimes.” The ADL has been sending delegations of U.S. police officials to the seminar since 2003.

According to an article about the trip in the Seattle Times, two of the officers who attended – the Watertown, MA police chief and the head of New England’s Department of Homeland Security – worked on the Boston Marathon bombing case.

Tufts is one of five universities to send a police officer on this trip since its inception. All of the others are Massachusetts-based as well. Police chiefs from Suffolk University, the Massachusetts Institute of Technologyand Northeastern University attended the seminar in 2016, according to an Arlington Patch article, in addition to Boston University, which sent officials alongside Tufts in December.

Tufts Executive Director of Public Relations Patrick Collins told the Daily in an email that the trip was an opportunity for TUPD to learn how to be prepared in the event of a terror attack.

“The university and DPES are committed to learning how to prepare for, prevent and respond to all types of emergencies. Terror attacks in cities throughout the U.S., including Boston, and on college campuses, such as Ohio State University (OSU), have demonstrated the need for local and university police departments to prepare for potential terror attacks and to know how to prevent and respond to them,” Collins wrote, referring to a Nov. 2016 stabbing incident at OSU, for which ISIS claimed responsibility. “The ADL seminar, which was cost-free to participants, was a valuable source of information that will enhance the university’s readiness to address emergency situations.”

Collins added that the university learned of the seminar by direct invitation from the ADL, and that university administration approved of Maguire’s attendance.

In an email to the Daily, Maguire confirmed his attendance, but deferred to Collins’ statement on the issue when asked further questions about his participation.

Fallon, the Somerville Chief of Police, did not respond to two requests for comment made to his office via phone call.

Continue Reading on The Tufts Daily.